Lightwoods Park has two water fountains, the first installed outside the House in 1903 and a second at the extension off Galton Road in 1906.

The water fountains are attractive features and though similar, they are subtly different in their design.

The restoration of the park has made the fountains treasured features of the park once again.

They have been restored to their original detailing based on historical photographs . The stone bases have been sympathetically restored, the roof has been re-covered with individual hand crafted scalloped cedar shingles to match the design of the original tiled roof.

The final touches will be the new finial and a decorative lantern in period design. Improvements to the stone surroundings of the Galton Road fountain will take place at a later date within the restoration programme.

The granite plaque above the water bowl has an inscription that reads:

Those healths will make tall and thy state look ill Here’s that which is too weak to be a sinner Honest water which ne’er left man I’the mireTimon of Athens, William Shakespeare

This is an extract from a comedy thought to have been written in the period 1607-1608. Of course, the Shakespeare theme continued with the development of the Shakespeare Garden that opened in August 1915. 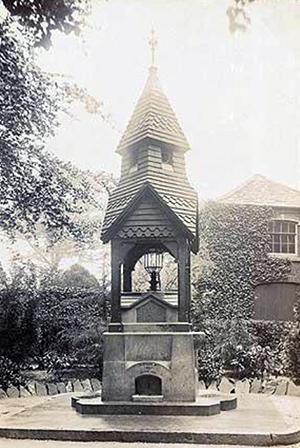 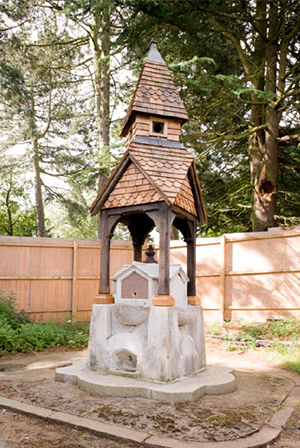